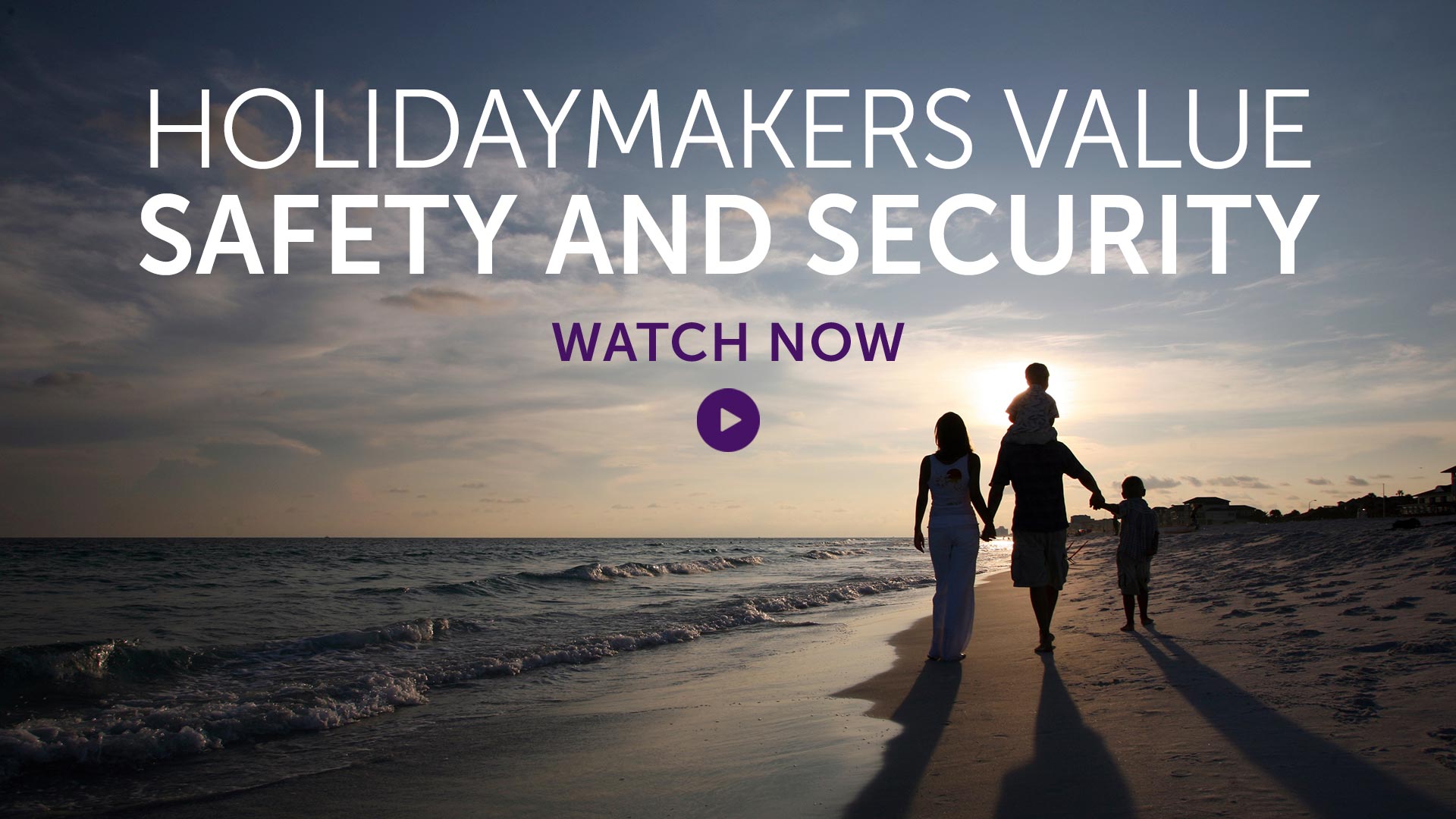 Safety fears have a huge impact on consumers’ holiday choices. This is particularly apparent in light of events in popular destinations such as Turkey and Paris. In a UK survey by FamilyBreakFinder, 80% of people said terrorism, health scares or political trouble will affect their choice of holiday destination in 2017. But these are not the only fears people have when taking a break. A survey by Expedia also found that 42% of beachgoers are scared of sharks.

In these videos experts discuss dealing with safety and security fears:

When we go on holiday we want everything to run smoothly, so what would get in the way of this? Expedia’s survey found that that on a beach holiday the three biggest worries are having your wallet, passport or possessions stolen 39%, getting a Sunburn 17%, and experiencing bad weather that prevents beach time 14%.

There is also somewhat of a gulf between what people worry about and what the likelihood of it happening is. 6.6 million people are so afraid of sharks they don’t get in the water but the actual global odds of encountering a shark are 11.5 million to one.

Some holidaymakers are reassured by a focus on security. According to a survey by TravelZoo, when the French government announced in July that beaches in Cannes would be patrolled by armed police, over a third of British respondents believed the UK should follow France’s lead and deploy similar security measures.