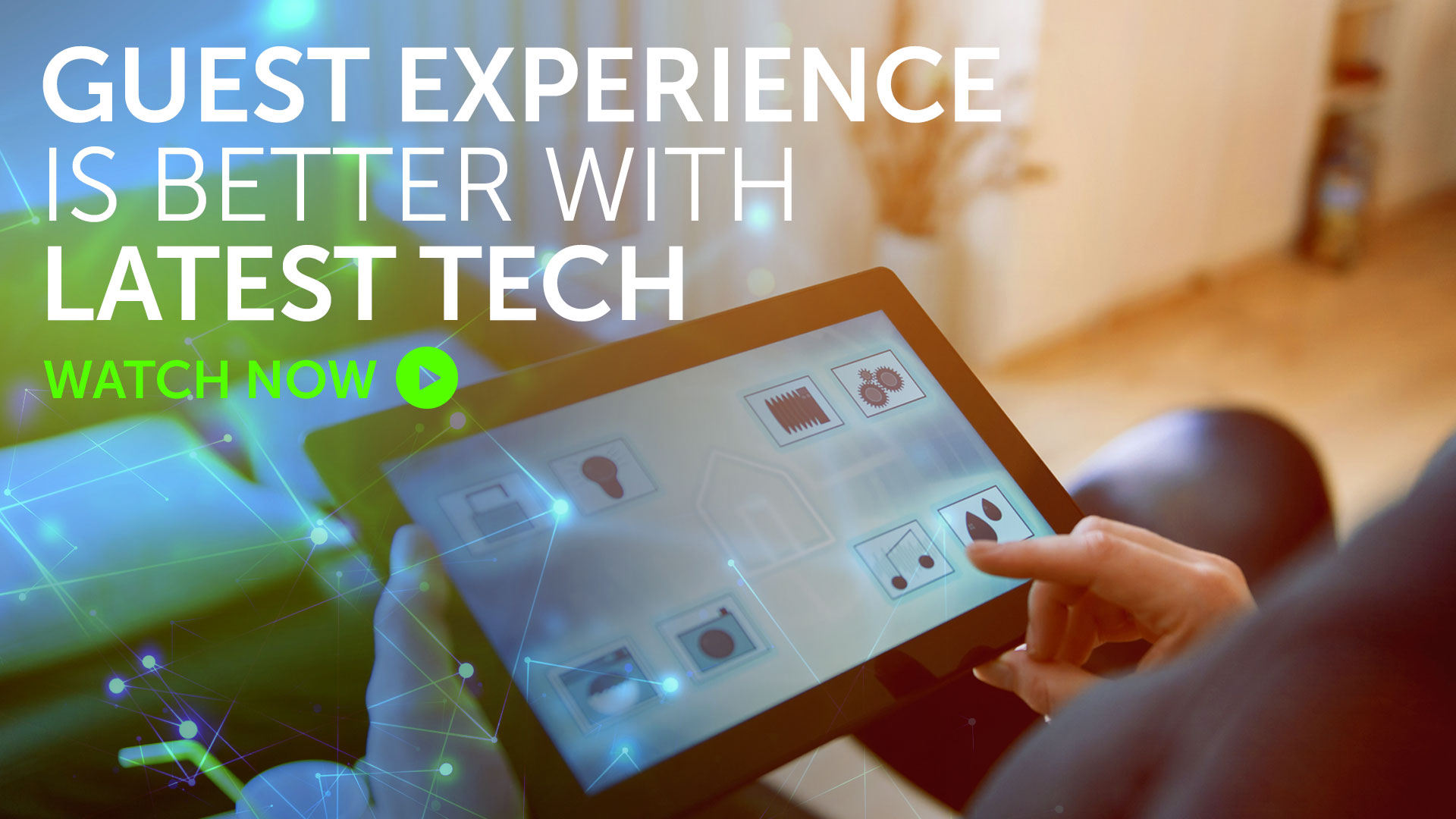 In a new report from Zebra Technologies, 66% of hospitality guests said that they have a better experience when hotels use the latest technology. Mobile phones and location technology are at the forefront of technology developments in hotels. Smart phone uses range from unlocking rooms, to receiving text notifications about room readiness, to receiving location based offers. The report found that 40% of guests currently use hotel apps and 70% of guests want to use technology to speed up the service they receive.

In these videos four experts discuss upgrading experience with technology:

For a long-time, hospitality businesses have been seeking to create more personalised experiences for guests through technology. The results of Zebra’s 2016 Hospitality Vision Study suggests that guests today are interested in receiving personalised treatment across the room, entertainment, and concierge elements of their stay. 86% say they are interested in having a room selected based on personal preferences such as room/window location and bed configuration. 81% say they would like to receive a personalised list of restaurants/ activities and directions, and 70% say they would be interested in receiving location based coupons and specials.

Hotels are starting to look at what they can do when they have the ability to track their guests’ locations. 74% of surveyed hotels/resorts are planning to implement location-based technologies within the next year. They would be able to track a location when the guest has a hotel app on their phone that they give permission to access their location data – in the same way that a map app uses the phones location to show a route. Then the hotel can send messages and offers that are more relevant to the guest at the time, and would know whether the guest is inside the hotel or out-and-about.”

According to Reuters, spending on business travel in Western Europe is expected to rise by over 6% in 2016. This is good news for serviced apartments and extended stay products, which see a lot of demand from this sector.

A report from the Association of Serviced Apartment Providers states that UK businesses registered an 86% increase in the use of serviced apartments in recent years. They also say that Booking.com is experiencing strong growth demand for serviced apartments.

According to Reuters, Germany is the largest business travel market in western Europe at an estimated $57.9 billion, and spending is set to rise 9.5 percent in 2016.

In contrast a new report from the Global Business Travel Association found that business travel volume growth in US is slowing in 2016 due to global uncertainties, but the report still says there are reasons to be optimistic for 2017.

Association of Serviced Apartment Providers found that occupancy figure for serviced apartment across the whole of the UK were high. London was at 84% and the rest of the UK just slightly lower at 83.1%.

Airbnb is an immensely successful hospitality player with products across 190 countries. It has housed 15 million guests in just six years of existence, is already one of the largest market players and has recently updated its look to emphasise its brand concept of ‘belonging’. The business model is an extension of the B&B idea. It is a digital platform that allows people to rent all or part of their houses to other travellers.

Should the hotel industry feel threatened by the sharing economy? What will be the impact of regulation? And what can the industry learn from Airbnb? Answering these questions are: